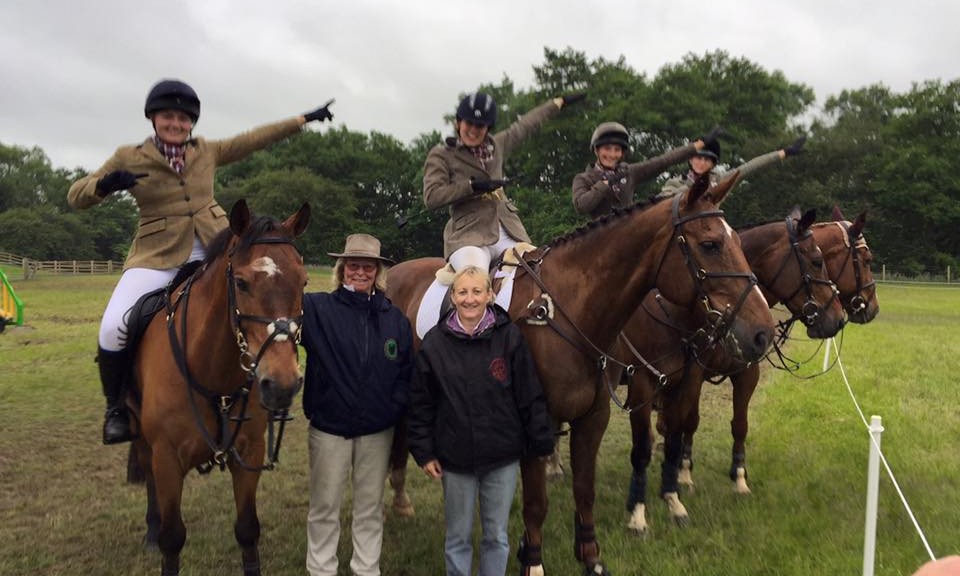 It was a long but very exciting day and the rain in the afternoon did not dampen spirits or spoil the day.

The venue – Hadley Moss, near Winsford was superb and the ground perfect. Thank you to Mr & Mrs Brookes for allowing the competition to be held there. A huge THANK YOU must go to Chris Kirby DC of Cheshire Hunt South and her team of helpers as well as volunteers from Waen Y Llyn who co-organised this competition.

There was a new competition this year – Regional Qualifier. There were 9 teams competing and they will all qualify to go to the Regional Championships at Eland Lodge August 27/28th between Areas 3, 4, 5 and 6.

The winning team was Tanatside and the winning Individual was Hannah Jones (WWW)riding Dun Gold.

The winning Novice team, and qualifying for the Championships in Cholmondeley was East Cheshire and the four Individuals to qualify were:

This was a very strong class.

The winning Intermediate Team was East Cheshire and the winning Individual was Beth Clegg.

The show jump Team Champions 2015 won the Open class and will be defending their title at the Championships :

Sophie was the winner of the open class as an individual.

GOOD LUCK to you all at the Championships in Cholmondeley August 19 to 23rd.

Go along to give your support.