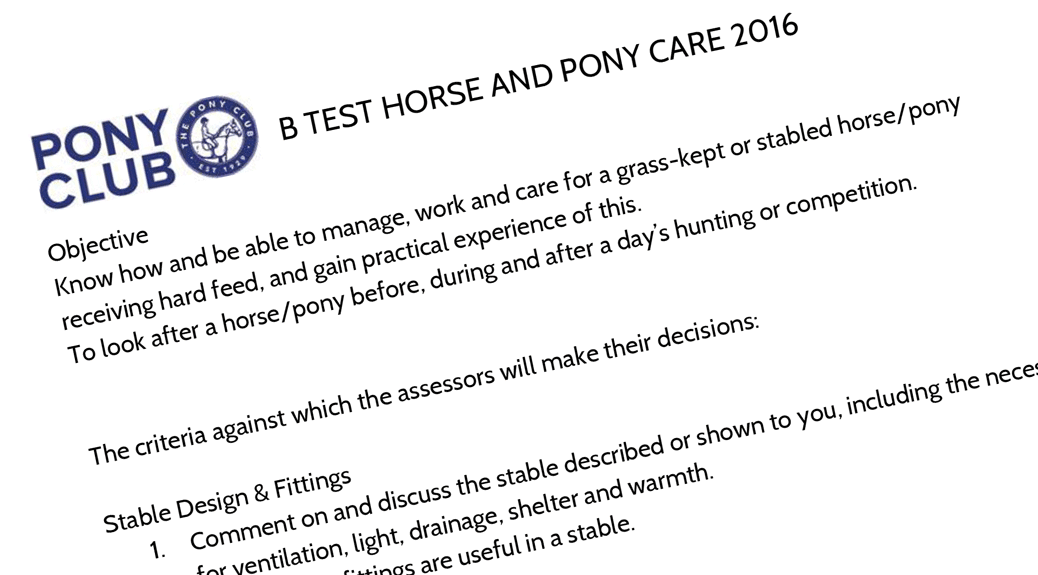 “There are no UCAS points for B test or any other Pony Club tests, and there never has been.

There is mapping between the Pony Club tests and BHS qualifications as shown at http://www.pcuk.org/uploads/tests/The_Pony_Club_Tests__BHS_exams_direct_entry_summary.pdf although this may change following the revamp of the BHS exam system.  Currently the B test  candidates who have achieved the complete B Test and hold the Pony Club Lungeing Certificate or EQL Level 2 lunge a horse under supervision (a unit of the Stage 2 qualification) are eligible to apply for direct entry to BHS Stage 3 and the PTT, so potentially UCAS points are possible this way (EQL Level 3 Certificate in BHS Preliminary Teaching of Horse Riding (QCF) 2017 Tariff score: 16).” 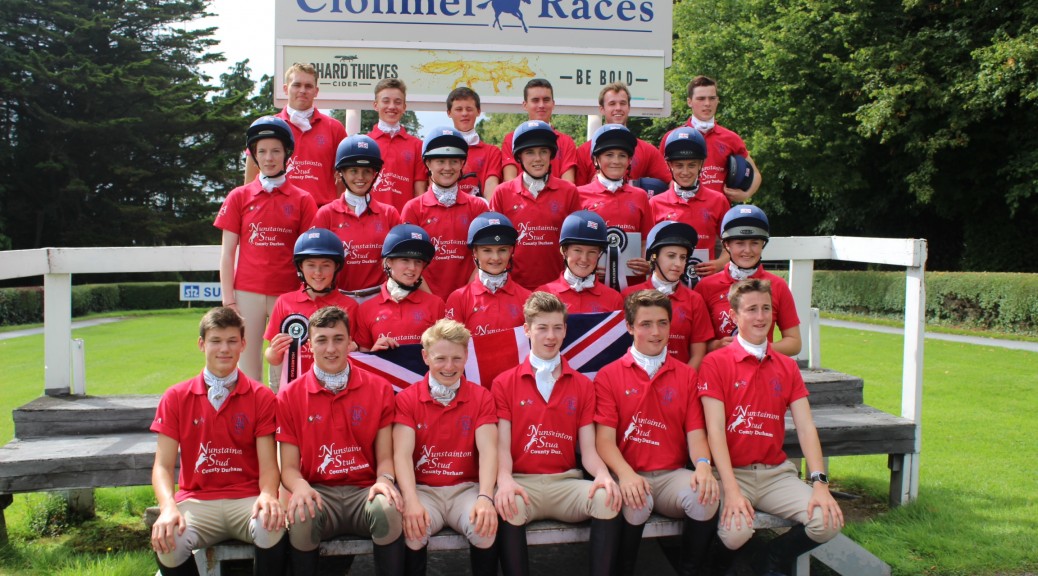 Toby Johnson, from the East Cheshire Branch of the Pony Club, travelled the long distance over to County Tipperary in Ireland to compete in the Irish Pony Club National Tetrathlon Championships. Toby, amongst other competitors from various parts of the country, formed the UK Tetrathlon Team at the event.

Toby and his family travelled via ferry from Holyhead to Dublin before driving to Clonmel racecourse where they camped for the weekend. There was a fantastic icebreaker event on the first evening consisting of a “Come Dine With Me” experience which took place in a hall that the racecourse had kindly let them use.

The Friday of the event was the day of both the shoot and the swim with the Senior competitors shooting at 10m onto a Pentathlon target and the Juniors shooting at the normal Pony Club targets. All of the UK Tetrathlon team athletes performed exceptionally well!

The riding phase was held on the Saturday. The course built for the event was excellent! It was both challenging and enjoyable and a number of the UK competitors rode clear rounds.

The Saturday evening entertainment consisted of a BBQ and disco for both competitors and their families to attend. We believe that in true Irish style – this was carried on until quite late in the evening!

The run phase took place on the Sunday around the racecourse. This was a gruelling run but there were some very fast times recorded on the automatic timing chip system on the runners shoes.

Overall all of our UK competitors did very well. Here are the results:

Hopefully next year a few more of our Area 5 Tetrathletes will attend. 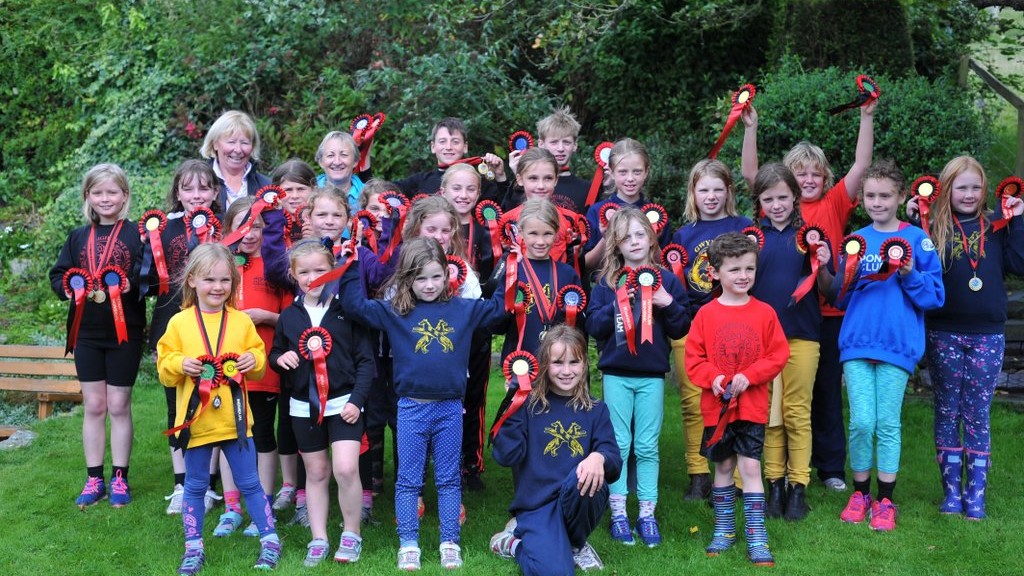 What a great time was had by all at a Tetrathlon organised by Iona Pierce (helped by husband Gareth and daughter Rhian) at their farm Plas Dolben, Llangynhafal, Denbighshire.  There was a lovely atmosphere and the weather took no notice of the awful forecast.

There were competitors from Flint and Denbigh, Gwynedd, WWW, East Cheshire and Cheshire Hunt South.

The ground was too wet to use the XC so the riding took place at near by Dyfnog, Denbigh by kind permission of Jane Gough Roberts and the riders had great fun doing the Arena Eventing course on the Saturday.

There were some notable achievements. In the Mini Girls, Leah Lamb had the best shoot of the whole competition with an amazing score of 960,  Scarlett had top swim (4 lengths 19m) in the class and Imogen ran the fastest doing 1000m in a time of 4min 20 secs.  Imogen won the class, Leah was 3rd and Scarlett was 4th.

We had some FnD  first timers in the Beginner’s Class – Gemma Burgoyne, Constance Wight and Lili Evans.  The class was won by Lili who had top shoot and run.  Well done all.

There were 6 teams in the competition.  The FnD Flint Team won convincingly (William, Archie, Daisy Stone and Leah L) with a score of 12176, 2nd team was FnD Denbigh Team (Imogen K, Orla K, Scarlett O and Elsie Lynch) with a score of 11026.

Thank you to all who helped including Penny Wingfield who travelled from Aberconwy to do the scoring.

Some photos from the Area 5 PC L2 Coaches Course which was held at Mostyn Farm Ride on Sunday 17th September 2017.

Great day, lovely atmosphere and fab experience for all the demo riders and coaches to fine tune their skills, and we even got to have a play around the cross country course at the end.

A big thank you to Meg Green and her team for organising this training.