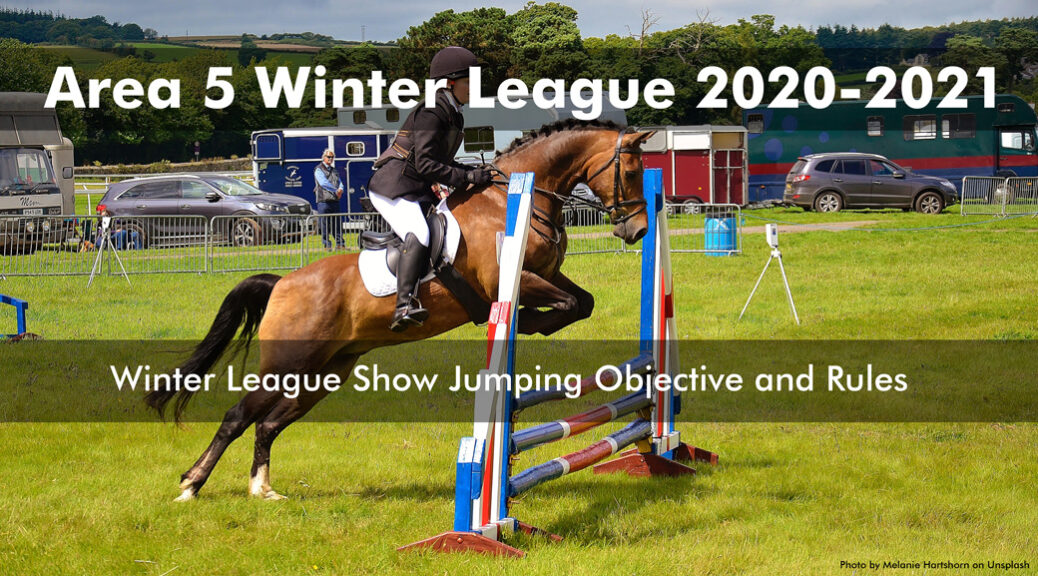 1.1. The objective is to provide a twice-monthly inter-branch team and individual show jumping competition for all Area 5 branches from September to March each year, referred to below as the “season”, in five jumping height classes, involving as many Area 5 members as possible and providing a framework to encourage a competitive spirit and continuous and consistent improvement in riding ability.

1.2 The season will be deemed to have started with the commencement of the first such competition.

1.4 An Area 5 Winter League Show Jumping secretary will be appointed by the qualifying branches at the commencement of each season, such secretary being responsible for compiling and updating a league table after each competition and publishing that table to those branches. Where no secretary has been appointed or, having been appointed, is unable to fulfil the role, the Area Representative will be appointed.

in section A with a maximum increase of 10 cm in section B;

Over subscription of entries

Save for death or personal injury caused by the negligence of the organisers or anyone for whom they are in law responsible, neither the organisers of this event nor the Pony Club, nor any agent, employee or representative of these bodies accepts any liability for any accident, loss, damage, injury or illness to horses, riders, owners, spectators, land, cars, their content and accessories or any other person or property whatsoever, whether caused by their negligence, breach of contract or in any way whatsoever.

The organisers of this event have taken all reasonable precautions to ensure the health and safety of everyone present.  For those measures to be effective, everyone must take all reasonable steps to avoid and prevent accidents occurring and must obey the instructions of the organisers and all officials and stewards.