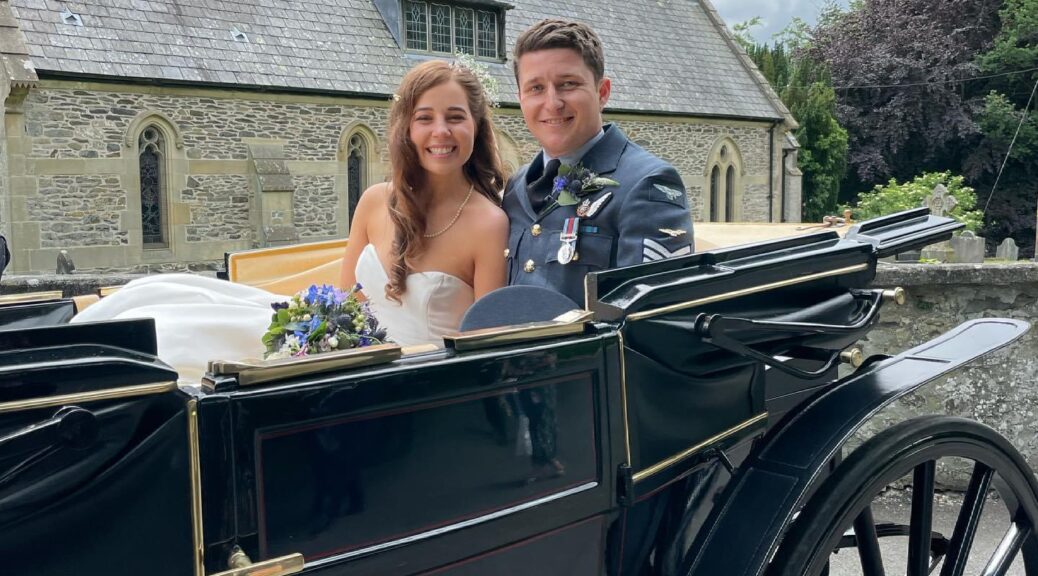 As they left the church a surprise Guard of Honour made up of six current Tanatside members was there to greet them. Myfi has been a member of the club for 18 years and her Maid of Honour (Sophie Toogood) and Bridesmaid (Brier Leahy) are both ex Flint & Denbigh members. The three formed their friendship at annual Associates Camp (of course!)

The happy couple were driven to their reception in a horse & carriage. The honeymoon was taken at Stella Island, Crete.

They will make their home at RAF Odiham, Hampshire where the groom is based.