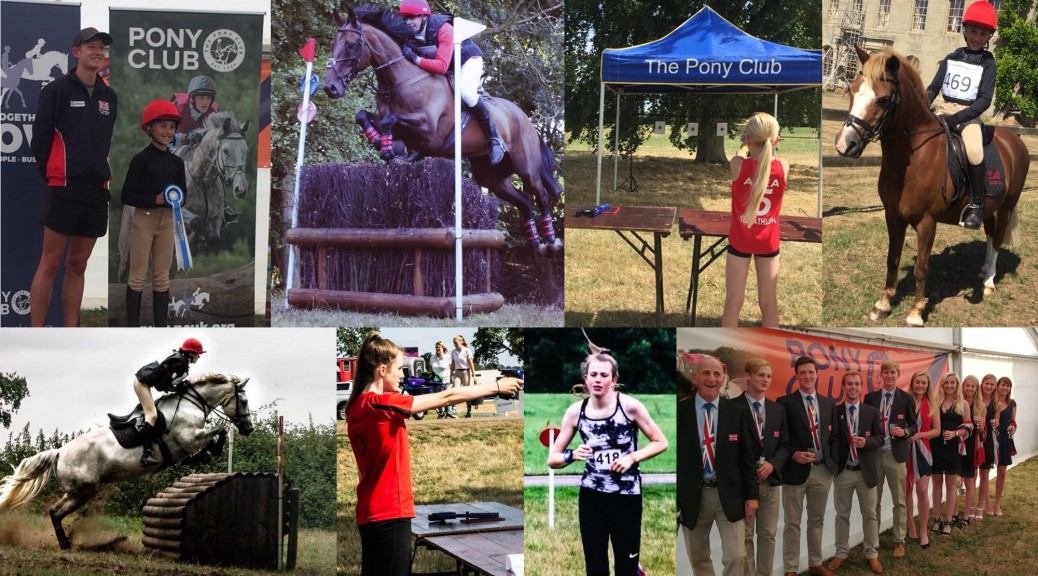 The 2018 Pony Club National Tetrathlon Championships were held at Offchurch Bury, Warwickshire. It was a fantastic weekend with competitors attending from all Areas across the country.

This was the first year that the National Championships had been held here, moving on from last years venue of Bishop Burton College and it proved to be a great choice for the event. The stabling, campsite, main marquee, food court and cross country course were all within a 5 minute walk of each other.  The cross country course had a great reception, although it was technically very challenging, the large number of “L” fences made it accessible for all.

There were some fantastic scores across the weekend with our Area 5 competitors performing brilliantly.

Toby was freshly back from his trip to the USA where he had been representing Great Britain for tetrathlon after taking part in a rigorous selection process. On the Friday evening, Toby, along with the other International team members spoke about their experiences and encouraged other up and coming competitors to aim for a spot in the squad in future years.  Toby performed brilliantly at the Nationals achieving 8th place with a clear ride (other than a few time faults).

Russell Wingfield had a great time at the Nationals with his horse Hugo, achieving a very respectable 9th place having faced stiff competition. Russell had a fantastic shoot of 960 achieving the Best Shoot in the Open Boys. Earlier in the month Russell was selected to represent Wales and Borders at the Regional 100 competition.

Archie Peffers (Waen-y-Llyn) attended the Nationals for the first time having just moved up from Minimus. He gave a really solid performance and held his own against the more experienced competitors.

It was great to see the return of Orlagh Toner (Flint and Denbigh) back to tetrathlon having achieved a qualifying place at our Area qualifier back in July at Warwick. She performed very well and thoroughly enjoyed the experience. I’m sure we will be seeing a lot from Orlagh next year when she moves up into the Intermediate Girls category!

Leah did exceptionally well! The weekend started with her achieving a fantastic shoot of 960. This was the second best shoot out of a class of 52 people!  Leah held her own in the other three disciplines and ended up finishing in 9th place! Well done Leah – what a great result!