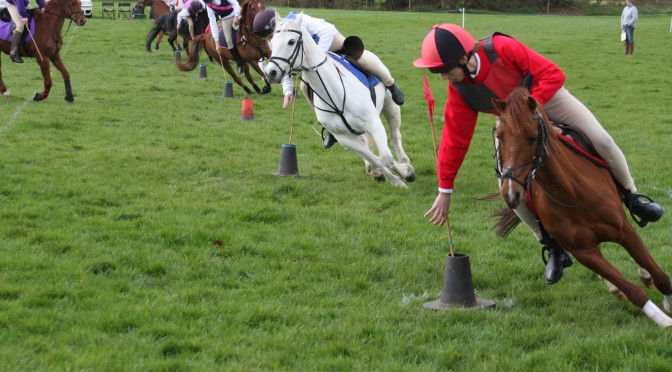 The Area 5 Mounted Games qualifier was held back in May in Cheshire.  It was hosted by East Cheshire Branch  and thanks to Geoff Bell, Brian lloyd and his team.    The weather was kind and the venue perfect but  entries were very disappointing as it costs the same to put on a  competition for 6 as it does for 16 !

The winning Senior team was Sir WWWynn Branch and 2nd was Flint and Denbigh Branch.  The winners will go forward to the Zone competition and, depending on numbers, the 2nd placed team may go too.

In the Pairs competition – Flint and denbigh won and East Cheshire came 2nd.

Well done all and Good Luck in the Zones. 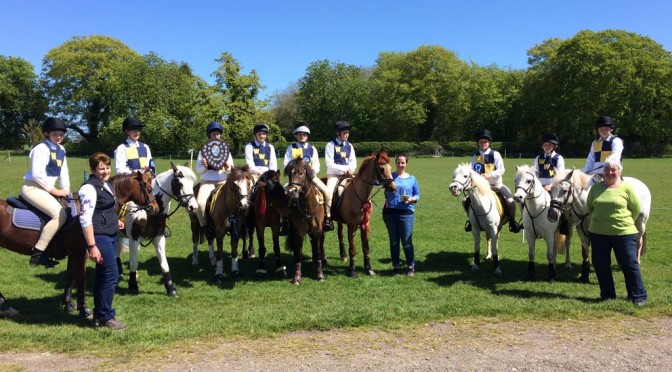 The Area 5 Prince Philip Cup Mounted Games Qualifying competition was held at Hampton, near Malpas, Cheshire on Saturday 5th May 2018.

It was hosted by Sir Watkin Williams Wynn Hunt Branch.

Six senior teams, seven junior teams and one pair competed to qualify for the zone competition in July.