Hi, please can you update people to let them know Danni is making good progress and has been taken off ventilator. She’s aware of all messages of support and help and she’s really grateful. Thankyou! Gail Thomas x

Danni Thomas from CHN Branch had a nasty fall yesterday and was taken to Alderhay by Air Ambulance.  I know that everyone was very worried  but the latest news is that she is on a ventilator, is stable but sedated. She has severely bruised her lungs but her ribs are intact.  She has no other obvious injuries.

I am told that the situation was handled brilliantly by the organisers.

We wish her a speedy recovery.

Events that are held at some venues may be subject to additional rules. eg any horse/pony entering a licensed racecourse property must comply with the vaccination requirements as set by the british horseracing authority.

Similar restrictions apply in the cases of polo venues.

In addition, if you are intending to compete under FEI, British Eventing, British Show Jumping or British Dressage rules you will need to ensure you are compliant with their rules.

END_OF_DOCUMENT_TOKEN_TO_BE_REPLACED 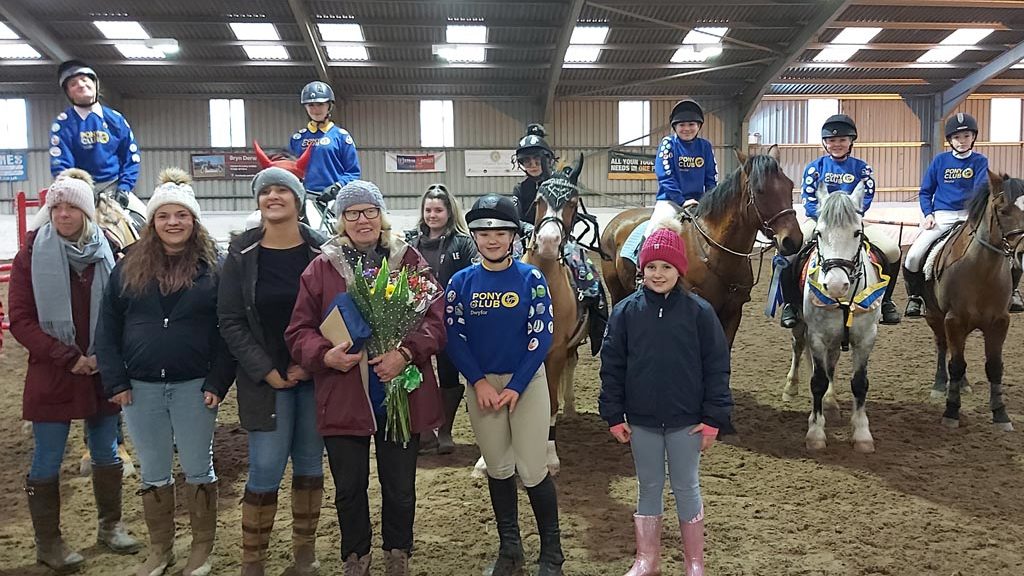 On Saturday Nov 2nd at their Halloween Show Jumping, Lynn Page attended her last Dwyfor activity as DC.    She was presented with a photograph album full of photographs that have been taken over the years.

Lynn has been an active volunteer for the Pony Club for 39 years, most of the latter half being DC of Dwyfor Branch loosely based in the Lleyn Peninsular. She has been awarded the Cubitt and 30 year Bar for her services.  Lynn has kept this small Branch active through thick and thin, in an area where members are few and scattered widely.  There are no XC courses, only one indoor school and members have to travel quite large distances to attend rallies as a flat available field is difficult to find !  More remarkable is that Lynn does not drive, but she has managed to be at activities somehow – even with a broken leg 2 years ago.   Her successor is Francess Taylor, a young lady who has come through Pony Club herself.   Frankie has had a good tutor as she has been working alongside Lynn over the last year.  We wish her every success in her new role.

On behalf of the Pony Club and Dwyfor Branch – Thank You Lynn for all your hard work and devoting the last 39 years to your members.  Happy Retirement.

20 riders and horses and two reserves and 44 helpers from East Cheshire Branch performed the 90th celebration Pony Club Musical Ride at The Horse of the Year Show.

They had been practicing since April and the team had a big challenge as they had to practice with spotlights and a professional sound system – they travelled miles for rehearsals once or twice a week and did a few displays over the summer to expose the horses and riders to exciting environments (Chatsworth and Peover and Tatton country Fairs).

Practicing for two days at Hoys and then returning for the performance on the Friday the team had a wonderful time and received compliments far and wide; “best thing at HOYS in 10 years”  someone tweeted!

A futuristic theme aimed at where pony club will be in another 90 years, the costumes were made and designed by Deborah Martin.

A compilation of music with a space theme set off the display . The age range of the team was 4-21 and the height range of horses was 10hh-16.2hh. It was a long journey but they reached their destination and would like to thank everyone who helped them along the way. 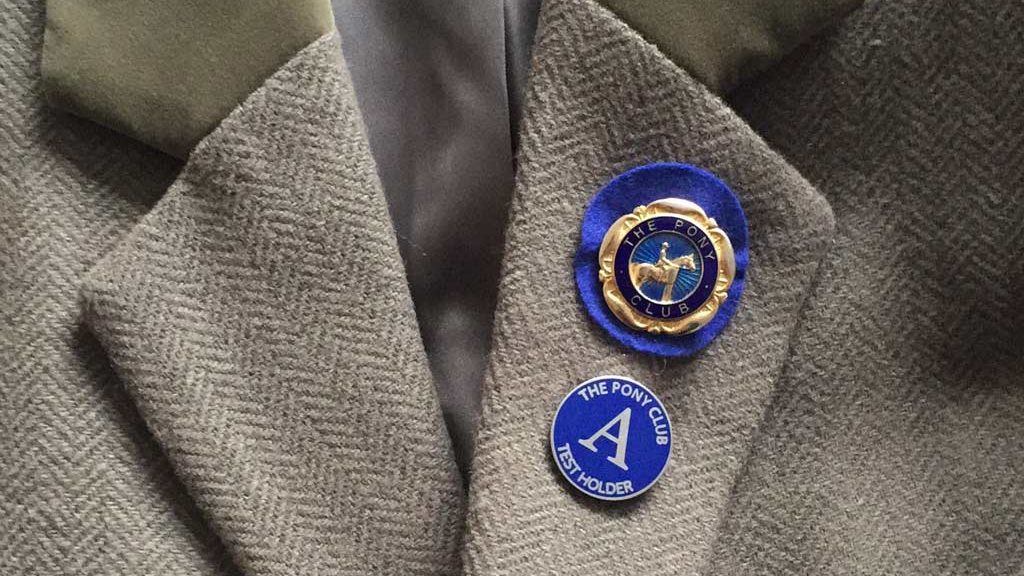